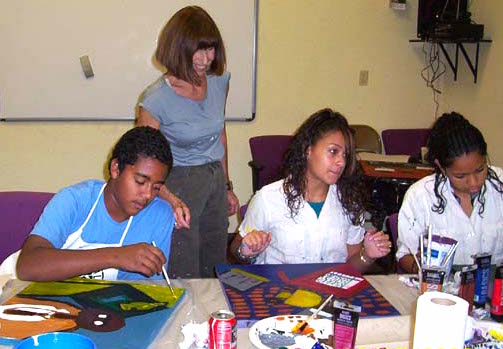 In the fall of 2009 I worked, with the assistance of a local artist, Michelle Stone, on a project for the Greater Palm River Community Development Corporation whose mission is to build a better community by investing in children and families. Together with several adults and teens with whom we were to work, Michelle and I attended a performance of South African playwright Athol Fugard’s”My Children! My Africa!” at a Tampa theater. For many this was the first professional theatrical production they had seen.

My Children! My Africa! was written in 1989, shortly before apartheid ended. The play is a blow to the gut of black and white audiences alike. It is both a cry for tolerance and a bitter acceptance of the violence that flared to destroy an uneasy peace in South Africa. It is not possible to ignore the parallel between Mr. M, and his search for change through peaceful and intelligent intervention, and another Mr. M who became President Nelson Mandela.

In a small town in the Karoo area of the Eastern Cape Province, in a classroom of the black Zolile High School, Mr. M referees a student debate contesting that women should not receive the same education as men. In favor is Thami, one of Mr. M’s favorite and most promising students.

In opposition is Isabel, a white student visiting from an all-girls’ school. Mr. M sees potential in the intellectual pairing of Isabel and Thami, and brings them together as a team for the statewide English literature competition.

As they prepare under Mr. M’s tutelage, Isabel gains immense respect and admiration for Mr. M and forms a friendship with Thami. Outside the classroom Mr. M’s hopes for Thami are challenged by their generational divide and increasing political unrest under the South African government’s policy of apartheid. Thami quits the competition when he joins a student movement to boycott the school until blacks are given an education equivalent to that of whites. The tradition-bound Mr. M regards Thami’s actions as destructive and cooperates with the white police by informing against the boycotting students. Thami’s comrades retaliate; a mob approaches Zolile High School, intending to kill Mr. M for his betrayal. Thami tries to help Mr. M escape by offering to vouch for Mr. M’s innocence, but Mr. M refuses the protection of a lie and stands his ground. The mob kills him.

Isabel struggles to comprehend why it seems the black community is tearing itself apart. She sees Thami one last time after Mr. M’s murder and learns that Thami plans to flee the country to avoid arrest so that he can continue fighting against apartheid. Isabel is left alone to pay her respects to the memory of Mr. M.

After discussing the play, participants spent a Saturday afternoon creating acrylic paintings to be displayed in the theater lobby for the run of the play. Later the paintings were displayed on the walls of the Children’s Board of Hillsborough County offices in Ybor City. 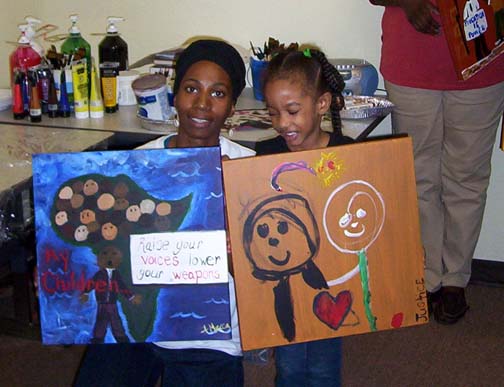 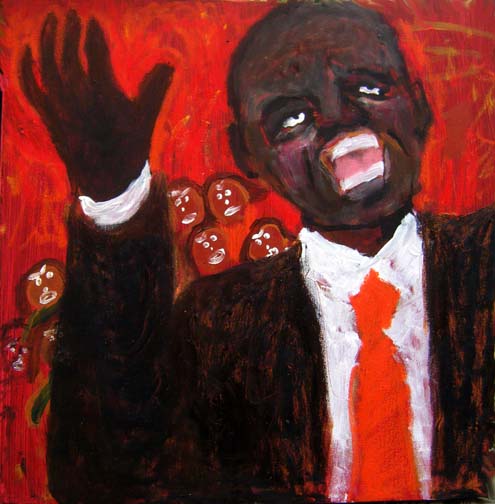 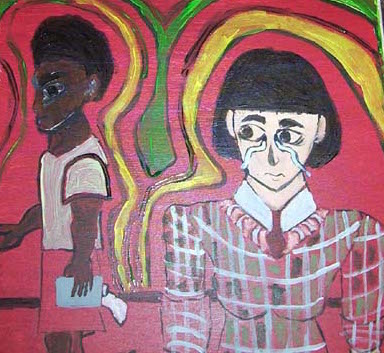