I wrote this piece about the new documentary film Miriam Beerman: Expressing the Chaos, with the help of my assistant, Amanda Staunko, and the film maker, Jonathan Gruber. I met Miriam Beerman in the late 1990s when I was employed as an administrator at the Virginia Center for the Creative Arts, an artist retreat nestled in the foothills of the Blue Ridge Mountains where visual artists, writers, composers, and choreographers come to work without the interruptions of daily life. Miriam and I established a friendship there that has continued to this day. When I was director and curator for the Chautauqua Center for the Visual Arts, now known as Visual Arts at Chautauqua Institution, in the early 2000s, I gave Miriam a solo show of paintings and collages. The work looked spectacular in our spacious gallery.

At 91, Miriam Beerman is a survivor. A groundbreaking artist for over 60 years, Miriam has overcome personal tragedy to inspire friends, family, peers, patrons, and students with her vision even when the odds were against her, and has remained defiant, creative and strong. Miriam has struggled with her demons to create haunting images that evoke the suffering of generations of victims of oppression with no trace of cloying sentimentality. If “truth is beauty”—according to Keats—then Miriam Beerman’s works, somber though their subject matter may be, are stunning.

With her incisive style, intelligence, and consummate skill in varied media, even images of subjects as dark as the Biblical plagues and the Holocaust become transcendent. In the tradition of El Greco’s Laocoön, Goya’s The Disasters of War, and Picasso’s Guernica, her images appear as if wrested from her viscera. To quote Rainer Maria Rilke, whose poetry inspires much of Beerman’s work, “…beauty is nothing but the beginning of terror.” Yet Beerman’s acute observation and love of animals, conveyed in her many wildlife prints and paintings, are a reminder that in spite of the dark subject matter of much of her work, she celebrates life over death and love over hate.

Miriam Beerman claims to “express the chaos” in her body of paintings, collages, prints and altered books. In a remarkably consistent oeuvre produced since shortly after World War II, chaos is distilled in Beerman’s Figurative Expressionism through her brilliant use of color, line, texture and form. Perhaps this consistency is due to the fact that, as Beerman states, she “is constantly protesting history.” Whatever compels her to create, the results are moving and impressive.

The film, Miriam Beerman: Expressing the Chaos, is directed and produced by Jonathan Gruber and leads the viewer through Beerman’s artistic training at Rhode Island School of Design under John Frazier and her time in Paris in the 1950s after winning a Fulbright scholarship. It reveals the challenges of female artists in the 1960s and 1970s, and the challenges of aging. In insightful refrains, the film includes interviews with peers, professional associates, and her son, Bill. The 53-minute documentary provides a memorable profile of a woman who has elevated her empathy for the plight of the world’s castoffs into powerful portrayals of dignity, even now, and perhaps most especially, in the face of living with dementia.

Miriam Beerman was the first woman to have a solo exhibition at the Brooklyn Museum, and her work is in over sixty museum collections worldwide, including the Metropolitan Museum, the Whitney Museum, the Brooklyn Museum, the Corcoran Museum, the Victoria and Albert Museum and the U.S. State Department. She has won awards from the American Academy of Arts and Letters, the Joan Mitchell Foundation, the New York State Council on the Arts and numerous others. She is the recipient of the 2015 Rhode Island School of Design Professional Achievement Award.

Miriam Beerman: Expressing the Chaos is scheduled to screen at the Rhode Island School of Design’s Metcalf Theatre on August 9, 2015, as part of the Rhode Island International Film Festival. The film premiered in March of 2015 at the Palm Beach International Film Festival, and will embark on a seven-state tour in November 2015 for the Mid Atlantic Arts Foundation’s On Screen/In Person program. 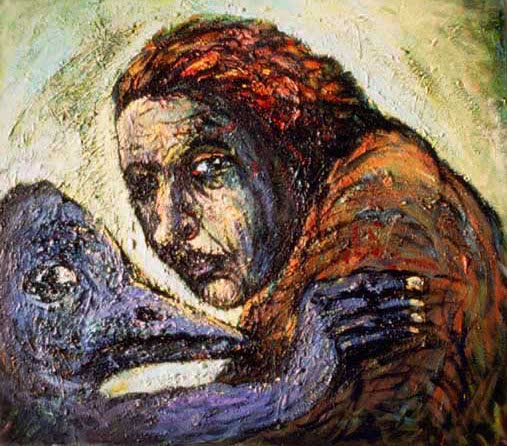