In the summer of 2011 I worked, in collaboration with the Florida Holocaust Museum, at Pinellas County recreation centers with middle school youth. The project, Speak Up, Speak Now! was designed to educate youth about the Holocaust and, by extension, to bullying and gang violence. There were speakers who lectured and showed videos on the subjects of the Holocaust, bullying and gang violence, a writer worked with them to create and perform a play and I worked with the youth to make relevant posters. My project started with the students learning to draw self portraits. Using a thin card stock they then made collages of their self portraits which we then printed in the color of their choice on colored paper, creating posters. Each youth then added relevant text to their collagraphed prints such as “I am Jose. I say bullying’s NOT cool.” On completion of the posters youth then wrote a letter to a friend telling them what they had learned over the summer. One girl wrote: “During Speak Up, Speak Now! I have learned what Victim, Perpetrator, Universe of Obligation, Identity and many other words mean. I also learned that…during the Holocaust,…bystanders just let the Nazis take others to Concentration Camps. That’s Not Right. We should be Upstanders, not Bystanders…” The completed posters were exhibited at the Holocaust Museum and during the opening reception youth performed the play facilitated by the writer who worked with us on Speak Up, Speak Now! 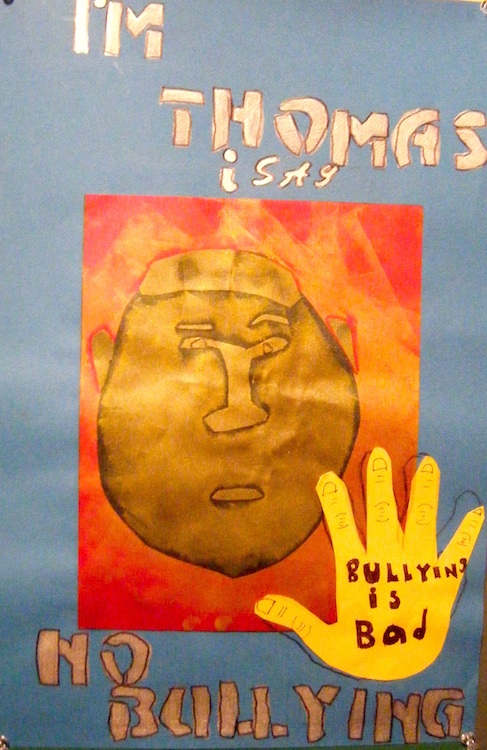 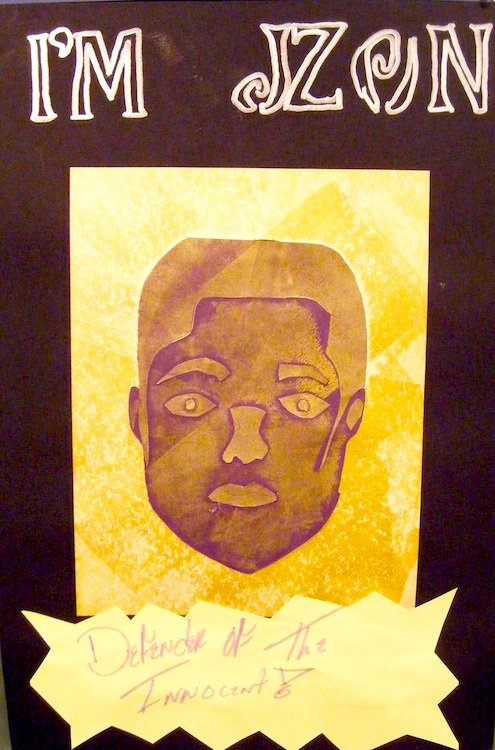 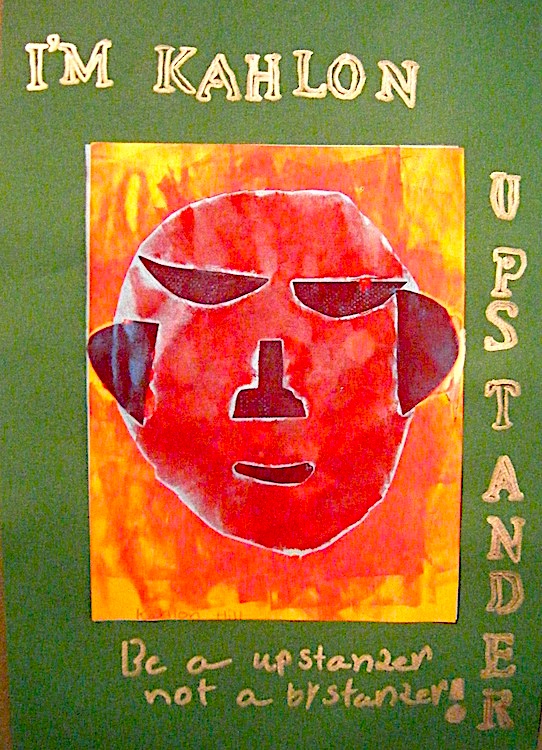 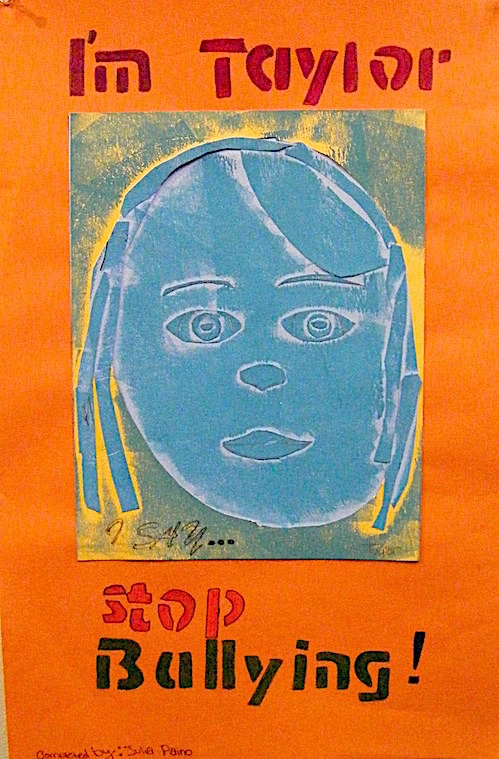 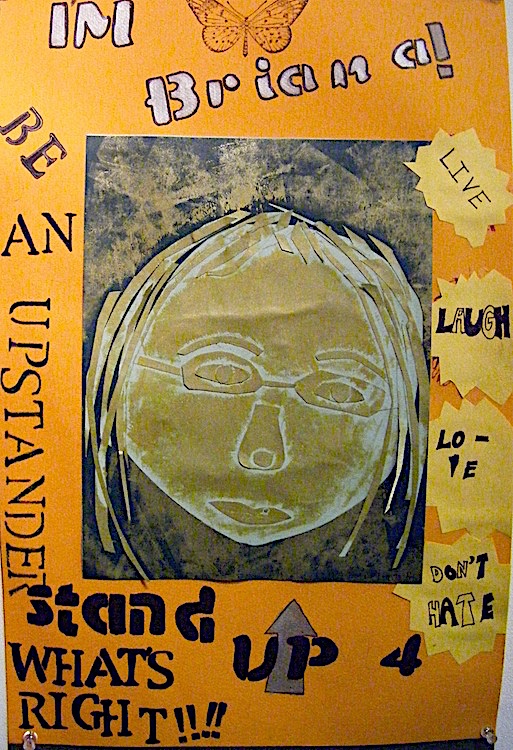 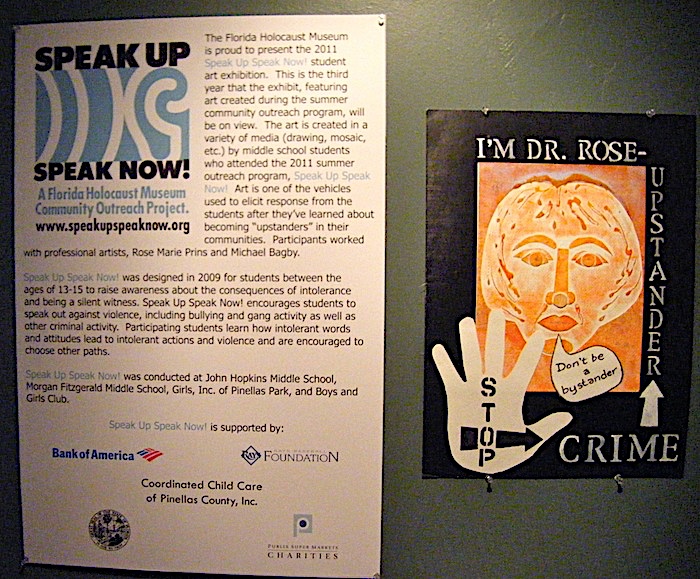 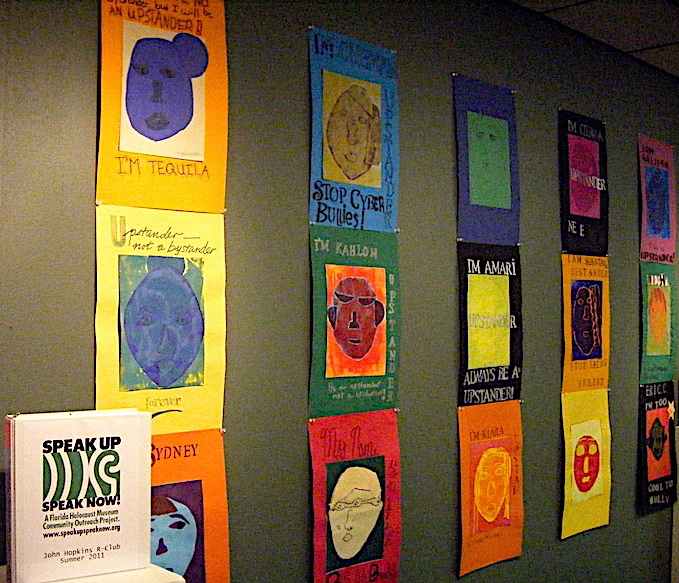 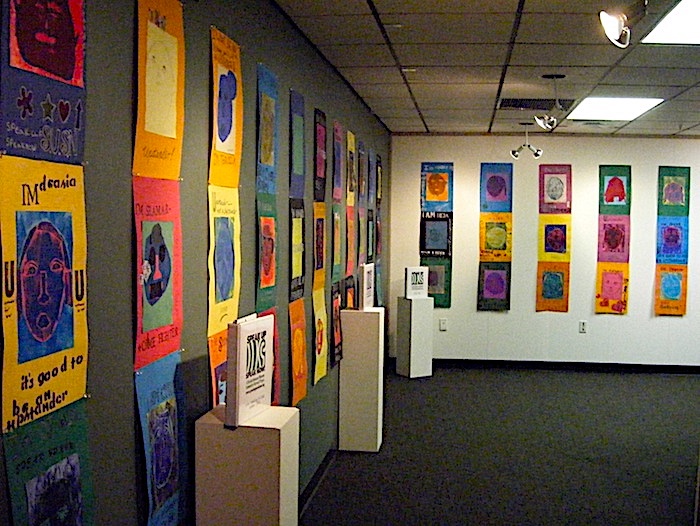