Greetings all! So far, its been a very busy Fall season. It started in October with an exhibition at Hillsborough Community College, Dale Mabry Campus. The title is “FOUNDATIONS: An Art Exhibition Celebrating HCCs 50th Anniversary“. I am honored to have my painting in their Permanent Collection on display outside the Dean’s office. 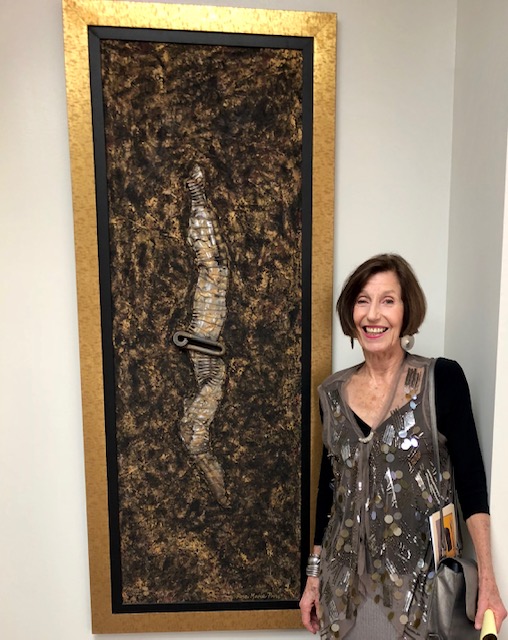 Next, this Fall season, came The Exquisite Corpse Games. The EC game is almost 100 years old. It started as a Surrealist parlor game, played by artists–including Andre Breton and Marcel Duchamp–in words and drawings. Now a new way of playing the game has been devised by Gamekeeper, Ann Marie Cash. Even to those participants who have played before, it seems new because the game changes each year.

Each artist has seventeen days to complete their work of art. The pairing is done before the game is launched and the Gamekeeper is the only person who knows who is paired with whom. Maintaining secrecy is of utmost importance!

Phase three is the unveiling, This is when the artists and all attendees get to see the pieces come together for the first time. I, having created the torso, discovered at the unveiling that I had been paired with Rebecca Skelton (legs) and Amandine Drouet (head). The magic was revealed at St Petersburg’s Museum of Fine Arts on November the 1st. It was a magical, celebratory evening…

The Exquisite Corpse Games is currently on view at Grace Howl’s Gallery in Sarasota. After that, it can be viewed at St Petersburg’s Chamber of Commerce. 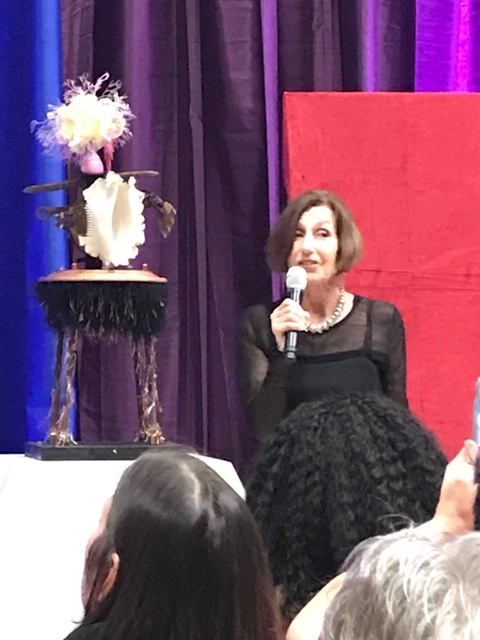 At the unveiling of the Exquisite Corpse Games at the Museum of Fine Arts, St Petersburg. 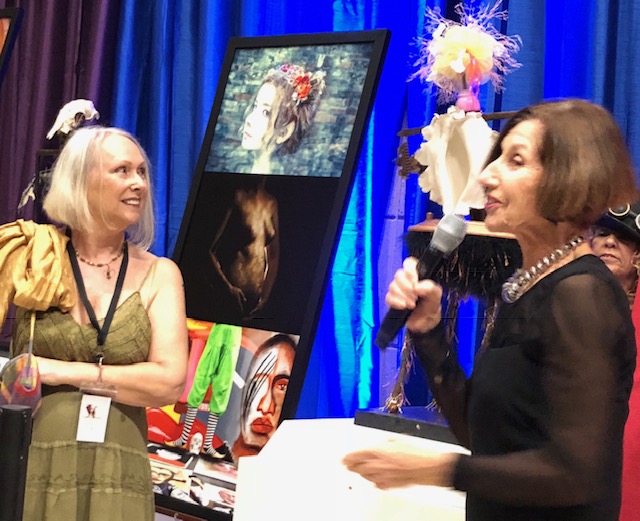 At the unveiling of the Exquisite Corpse Games with Rebecca Skelton who made the legs of our piece. 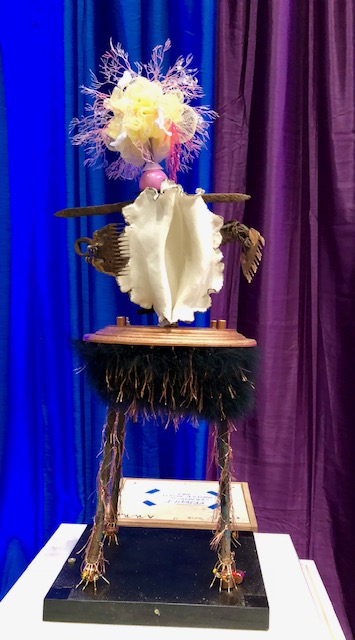 The Exquisite Corpse Games piece created by Rebecca Skelton, Amandine Drouet and me. 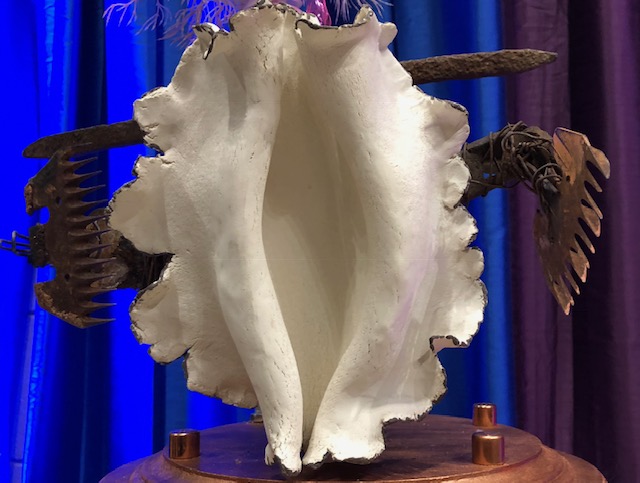 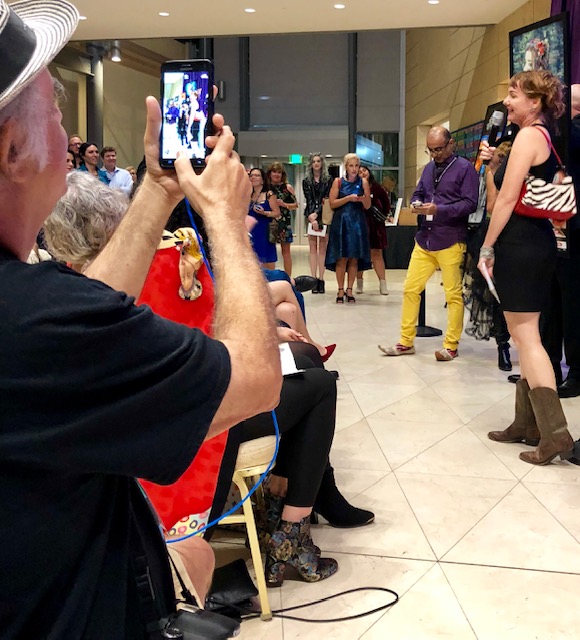 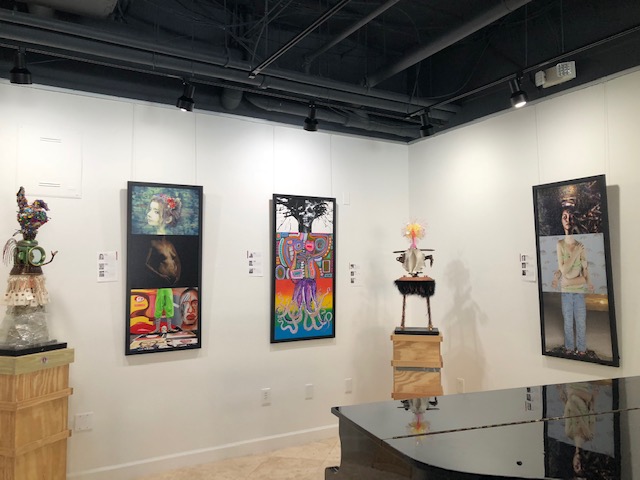 On Thursday, November the 8th, The Creative Pinellas 2o18 Arts Annual, a fundraising event, took place at The Gallery at Creative Pinellas in Largo. This groundbreaking event showcases professional and emerging artists who received their 2016 and 2017 individual artist grants, “bringing together many of the most accomplished and well-recognized artists in Pinellas County” for a group exhibition and performances. 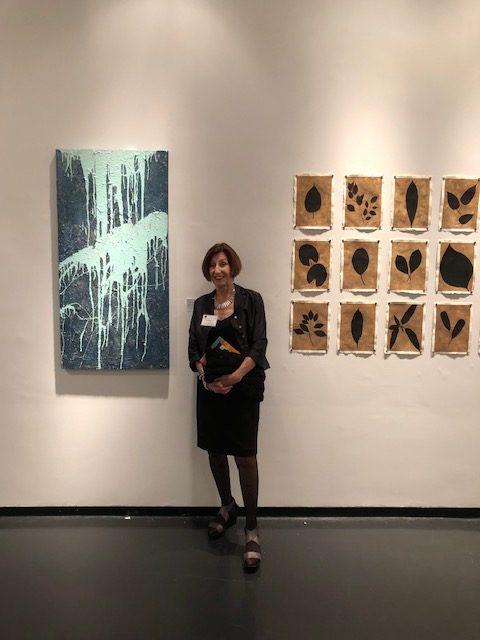 On my right is “Meditation on Oceans and Rivers”, mixed media on canvas. On my left, is “Sanskriti Leaves”, Indian soil on Indian handmade paper with acrylics. Eighteen pieces. 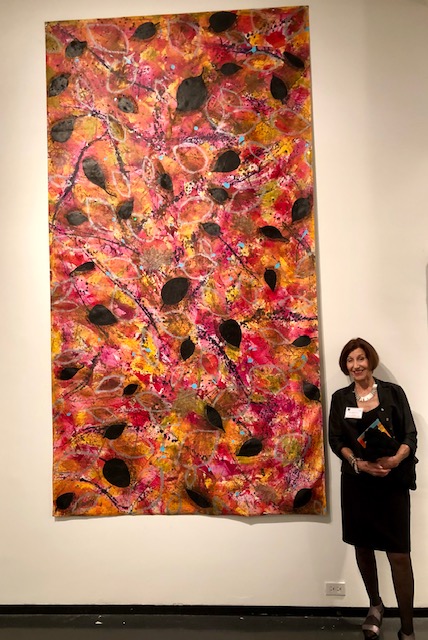 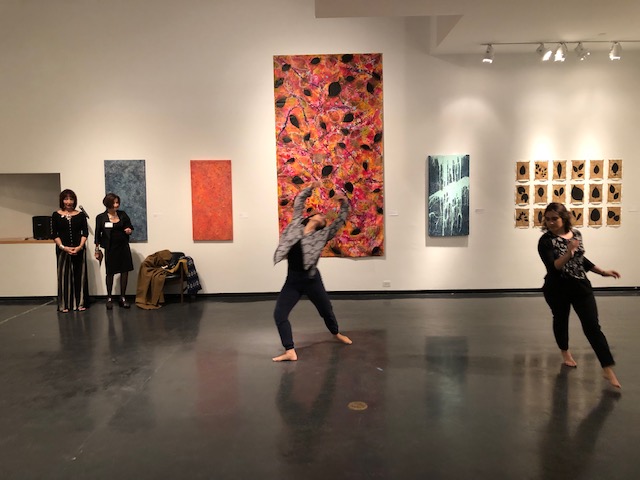 A performance by Andee Scott, choreographer, with my work as the “stage set.”

Finally, on Saturday, November the 10th, I taught a day-long altered book workshop in my St Pete studio. More on that later…