Residency at The Hambidge Center in Georgia 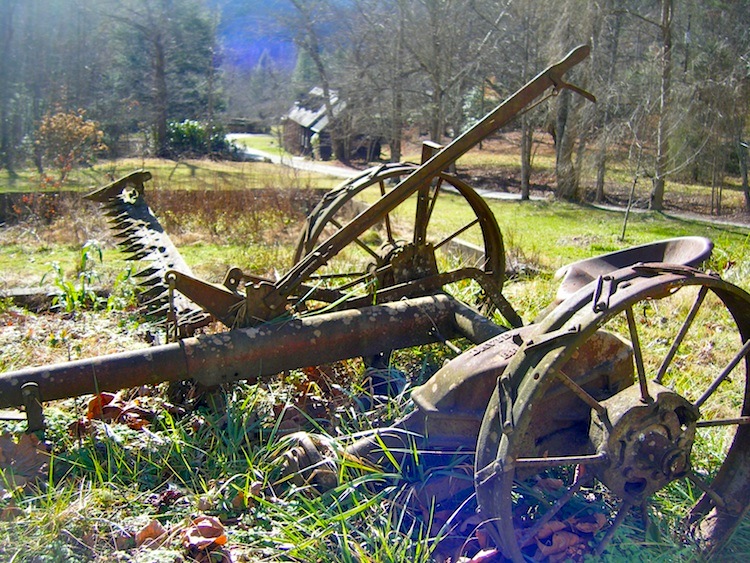 View from The Garden studio at Hambidge Center

I am writing this on my last day at the Hambidge Center which, I read yesterday on a barely noticeable plaque on a rock post by the gate, is on the national list of historic landmarks. It’s an artists’ retreat in the mountains of North Georgia where visual artists, writers, choreographers and composers come to create in seclusion away from the humdrum realities of everyday life. I’ve been here six days and have accomplished so much more than I ever could at home in spite of having a renovated, air-conditioned studio a few steps from my back door. Here almost my entire cottage is studio space with high ceilings and banks of windows for optimal light and views of the woods and mountains beyond. On weekday evenings delicious vegetarian dinners are served at the Rockhouse (an old farmhouse) and conversation is always lively. 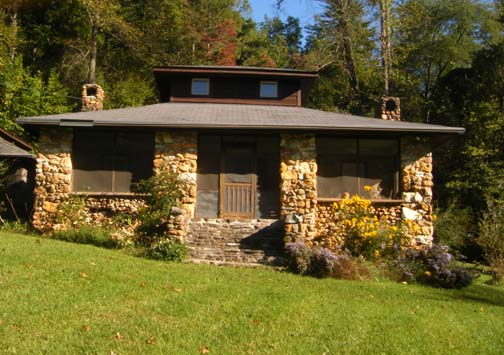 The Rockhouse during my residency in the late summer of 2009

Sometimes in the evenings we share our work. On Thursday evening we listened to a couple of readings of excellent fictional and thought-provoking nonfictional work, viewed beautiful, poignant photographs of abandoned schools in post-Katrina Louisiana (one was reminded of how the story is in the details: the scattered piles of abandoned colored plastic lunch trays, the cracked mud on once-polished floors, the footprints in inches of dust in a gymnasium) and a couple of videos: a puppet show that was recently awarded a Kickstarter grant, with original music by a young composer-in-residence and the other of poetic imagery relating to Australian gold-mining that will be shown in that country next year (I confess I didn’t know there was gold-mining in Australia). A singer/songwriter (the same one who sang for me over a glass of bubbly at my early birthday celebration on Friday) played the piano and sang one of her compositions. The fellows also visited my studio to see work that in the two days after their visit underwent radical transformation! Their comments and questions helped to spur the changes.

On my first day here I left my cottage when it was still light outside, but attempting to return in the dark I was completely disoriented. I stopped at a cottage where the lights were on and asked to borrow a flash light (it’s unthinkable to disturb a fellow, but I was desperate). With the use of the borrowed flash light I was able to find my way back to my cottage. This is a metaphor for the light that a retreat, be it a spiritual retreat or an artists’ retreat, brings to a traveler in a world that can be dark and unnerving at times.

On Saturday I went with one of the fellows to North Carolina, a short drive away, to hike to Pickens Peak. I hike a different trail on Hambidge property each day, but this time we ventured a little farther. It was a gorgeous day and the almost 360 degrees view we were rewarded with when we reached the summit was spectacular. As we looked out over the world’s oldest mountain range my companion commented that the mountains, clad in their winter garb of leafless trees, and in the soft winter light, appeared to be covered in velvet.

“Simple in actions and in thoughts, you return to the source of being,” said Lao-Tzu. This has been my theme for my stay at Hambidge, and as I looked out over the vast Blue Ridge Mountains in all their complexity and diversity, unfolding in every direction as far as they eye could see, I was reminded of the simple unity underlying even the immense diversity of the ancient Appalachians. 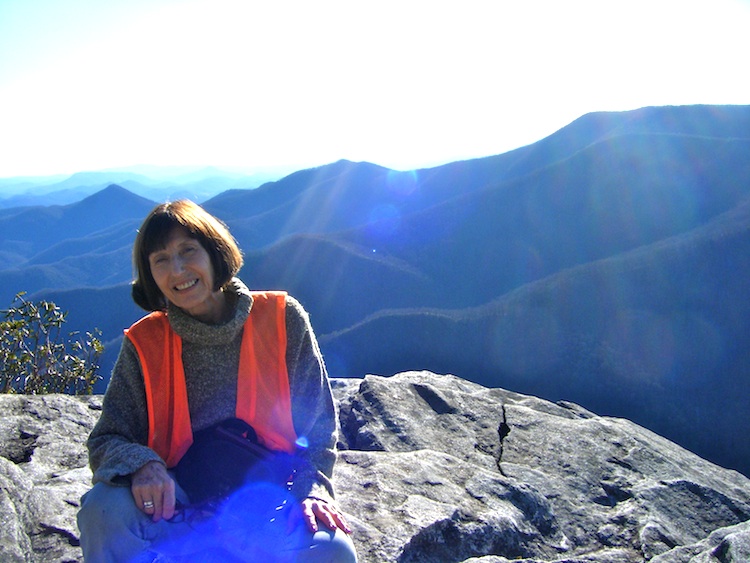